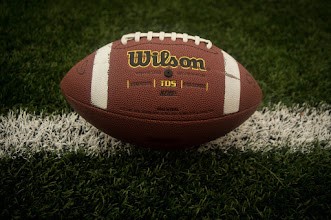 When picking NFL game winners, the choices go beyond just talent alone. You could pick winners on a whim, or you could seek out professionals with experience picking game winners on a weekly basis. Every part of the season includes different elements. The month of December features a lot of pro football action, but it also features some unique circumstances.

Check out some of the factors that could impact December NFL games and why football pick guides can help you analyze those factors and choose the best winning teams.

December includes the final weeks of the NFL season. Some teams will have to play and earn a spot in the playoffs. Other teams may have already locked in a playoff spot and are guaranteed to play in the postseason. Many times, a team tries to keep players healthy once they have a playoff spot. As the December games go on, teams may choose to rest players.

A team that doesn’t use their starting quarterback or wide receiver may struggle. The game outcomes could completely change. Through data analysis and game breakdowns, a football picks company could analyze these factors and determine the best way a team could win.

Part of the analysis includes looking into detailed reports and team news about which players will start or rest. Some coaches may indicate that players will rest after one half or one quarter. Each team has a different game plan that will help determine the outcome.

December includes a lot of unpredictable weather that could impact the way NFL teams perform and play. Teams like the Buffalo Bills, Green Bay Packers, and New England Patriots all have outdoor stadiums that could fill with snow. The slippery nature and wetness created by snow could have an impact on the game.

A detailed look back on the history and performance of players in winter weather situations could influence the outcome of the game. The winter weather could also influence other aspects of the game, like the predicted final scores and the over/under amounts for teams.

Weather reports change all the time, so same-day predictions offer some of the most accurate options because a heavy snowfall in the middle of a game creates much different playing conditions than a light snowfall that takes place overnight.

The last games of the season often feature teams going head-to-head against division rivals. A division rival includes years of history and many dramatic games. When a team goes up against a division rival, the win-loss records don’t matter as much because the games include so much emotion.

A football picking company will look back at the rivalry history, previous games in the season, and which team has a home-field advantage. The rivalry games can have unpredictable outcomes, and deep analysis can help determine some of the key winners.

Over the years, the last week of the season has been spread out over the weekend instead of packing every game on a Sunday. When a team plays on a Saturday, they have less time to prepare. Players who deal with injuries may not have enough time to recover from the injury.

The Saturday games could have implications, and deep analysis will determine which teams are better suited for the games. A full breakdown will help you make the best football choices.

Sign up for our services at Official Picks to receive your NFL game picks for each week of the season. Along with our paid services, we offer a free daily pick sent right to your inbox when you sign up.